On the 18th of September, we arrived at the Doyle Dupont Hotel in Washington DC from the waters of the Chesapeake Bay – travel-stained, weary, fatigued but also bouyed up by the growing realisation that we had done it! We had cycled thousands of miles across the continental United States, from Seattle on the west coast to Washington DC in the east.

We were received a great welcome thanks to our gracious hosts at the Doyle Dupont, particularly manager Scott Dawson. The celebratory bash was organised by Irish businessman Shane Young and was also attended by representatives from the Irish Embassy in DC, Myles Geiran and Martina Monaghan. There was also an old friend in attendance – Carol Rascon, who we had first met all the way back in Butte, Montana!

Food and drink was complimentary so the famished Irishmen ate and drank their fill most gratefully! Speeches then followed, from Shane and Scott, praising the whole team for their achievement in cycling across the country and raising well over $30,000 for cancer charities. Myles from the embassy followed up with a speech of his own and presented the cyclists with green jerseys from the Irish Embassy!

The generous guests also donated to the charity and $500 were raised, which was a pleasant surprise! All in all it was a great welcome for the team and it was especially gratifying to get official recognition from the Irish Embassy.

We’d like to thank everyone who helped to organise the night and those who came out to support us, and everyone who supported us before and during the trip. Your generosity made this endeavour possible. 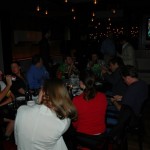 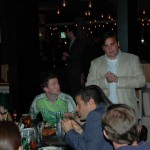 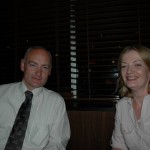 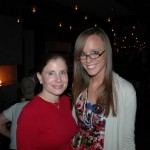 So we had our final day in the saddle pencilled in as a 45miles procession into D.C. Unfortunately D.C. is the nation’s capital and not so conducive to cycling from a long way out.

Out came the maps and we had a look at our options. We decided to aim for the Chesapeake Bay by taking a route between D.C. and Baltimore to the north, hopefully avoiding the two big centres.

We set off and despite being so close to water, we met similar rolling hills to the past few days. We met the support team to have an ice cream in Ellicott City and figured out directions for the rest of the day. We got lost a couple of more times but eventually made it to Chesapeake Bay by 4pm. We dipped our wheels in the saltwater of the Atlantic and popped some champagne to celebrate our achievement.

We then jumped in the car to take the 30mile trip south to D.C. where we were met by a great reception in the Doyle Dupont Hotel, organised by Scott Dawson the GM of the hotel, and Shane Young of EirChamber – an networking group for Irish-Americans.

The party when on until the wee hours and it was surreal in many ways to think of how far we had travelled to get to where we are. Nearly 6,000kms in 7 weeks. What started as a casual idea had come to reality thanks to a lot of hard work and the help of hundreds of people.

On behalf of the Cycle of America 2010 Team, I’d like to say a massive thank you to anyone involved in our journey, no matter how small a role you played. Every contribution made a difference. Go raibh mile maith agat!

At 4pm on the 18th of September, the Cycle of America Team reached the waters of the Atlantic! Hurray! Champagne spontaneously appeared!

An epic journey has come to an end.  Thank you to all the people who have followed and supported us along the way. We couldn’t have done it without you all! 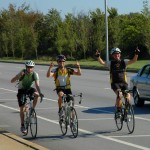 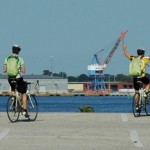 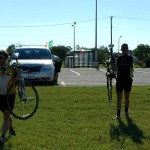 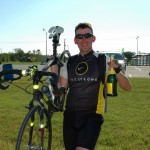 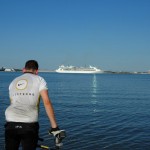 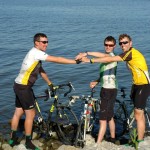 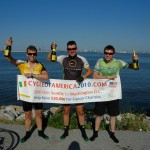 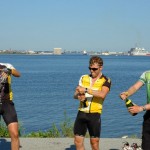 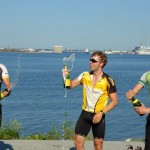 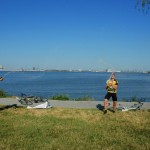 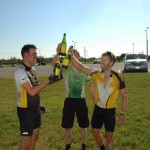 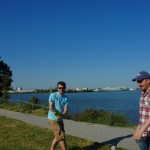 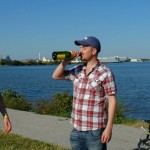 Stay tuned for further updates from the last two weeks, and our up and coming fundraisers in Boston and New York (hopefully!). The Cycle has ended but there is more fundraising to come…